The Psychosomatic Text: Re-reading Psychoanalysis and Semiotics in <em>Como en la guerra</em>, or, The Sister(s) of Oedipus

This chapter works through the formal and philosophical tension embedded in Luisa Valenzuela’s under-explored novel, Como en la guerra.  Skillfully picking up on themes of Sophocles’ Antigone in Como en la guerra, Kantaris uses Lacanian psychoanalysis to address the recurring analogy of the fatherless child.  This useful revisit to the Oedipal paradigm, for the Generation of ’72 qua the exilic experience, adds to the formal and sociological analysis of Valenzuela’s navigation of the post-Boom publishing marketplace.  Always already “half-buried,” this is a group that seeks epistemological anchors while the in-rush of novel global signifiers reifies national and regional experience.

Geoffrey Kantaris is Senior Lecturer (Associate Professor) in the Department of Spanish and Portuguese of the University of Cambridge and a Fellow of St Catharine’s College. He was Director of the Centre of Latin American Studies in Cambridge from 2005-2010 and is currently the Cultural Studies editor of the Bulletin of Latin American Research. His current research is on contemporary urban cinema from Argentina, Colombia and Mexico, and he has published several articles and book chapters in this area, with a forthcoming book entitled Latin American Film: The Urban Paradigm. He is co-editor of Latin American Popular Culture: Politics, Media, Affect (Boydell & Brewer, forthcoming c.2012). He has also worked and published extensively on women’s writing and dictatorship in Argentina and Uruguay, and is author of The Subversive Psyche (Oxford University Press, 1996).” 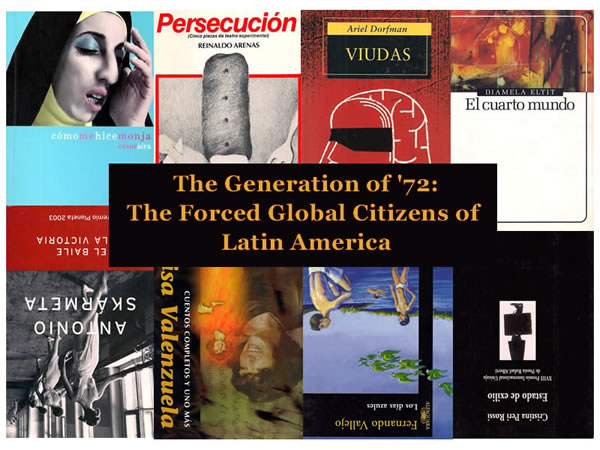