The Reinvention of Bestiaries, Floras, and Herbaria

This essay explores the reinvention by three contemporary Latin American artists of bestiaries, herbaria, and floras, genres that were common in natural histories of the New World. In their reworking of these forms, recent projects by Claudio Romo (Chile), Walmor Corrêa (Brazil), and Alberto Baraya (Colombia) adopt a decolonial approach to Eurocentric narratives of modernity, exposing the myths and exclusions on which these are based. They reach back to pre-Enlightenment artistic and scientific modes of representation to construct alternative modernities that are multitemporal as well as ontologically and epistemologically plural. These projects may be productively explored in the light of the critique of modernity developed by Latin American decolonial thinkers such as Enrique Dussel, Aníbal Quijano, and Walter Mignolo. I also argue that Romo, Corrêa, and Baraya return to baroque imaginaries to develop a specific critique of the colonial imposition of Enlightenment thought and to create alternative discourses of modernity that are less exclusionary, while nevertheless forged in close dialogue with European scientific, literary and visual traditions. Their rehistoricizing approach extends and sharpens our understanding of the decolonial politics of the neobaroque in Latin America. 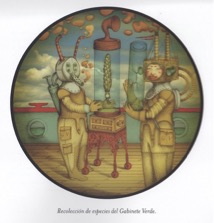