Indelible Divides and the Creation of Myths: Visions of the Ecuadorian Amazon

Scholars have long noted that constructed images of Amazonia remain deeply tied to mythical and ahistorical notions of untouched jungle and isolated, exotic people. While these constructions have been criticized and largely undercut by scholarship on many Amazonian nations, they maintain a prominent place in both academic and popular discourse about Ecuadorian Amazonia (the Oriente). This essay analyzes the persistence of representations of the Ecuadorian Amazon as a region that only emerged from isolation in the 1960s. I examine why this ahistorical construction continues to thrive and point to some of the causes that allow for its continued perpetuation. I argue that it is not only a useful construct for attracting tourists, as well as international NGO and philanthropic support, but its persistence is also related to academic disciplinary divides and evasions, as well as the curious state of the region within Ecuadorian historiography. The essay concludes with a very brief historical sketch of the twentieth-century Oriente that reveals how the region was shaped by global flows of people, commodities, and ideas long before the discovery of oil in the 1960s. In so doing, I suggest how historical analysis rooted in the Oriente can contribute to larger historiographical debates on a number of conceptual issues. 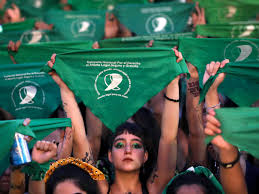